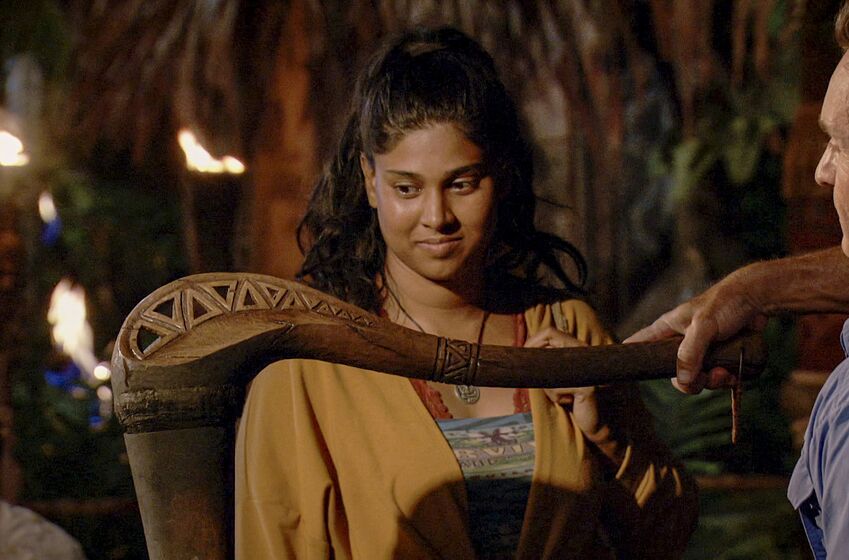 Despite being on the outs since near the beginning, Karishma Patel had a rollercoaster ride through Island of the Idols. Should she return to Survivor?

There were times during Island of the Idols where I thought Karishma Patel was a cat using up all nine of its Survivor lives during gameplay. Just when it seemed like she was on the outs, she would claw her way out from the hole she found herself in, only to see the games of others scattered to the wind behind her. You could never stay mad at a cat like that.

Even when she was in the majority, Karishma always had the perception of looking in from the outside. With the Lairo women poised to take over, she felt like she wasn’t paid enough attention to, as her concerns of having her finger cut open to the bone was, in her eyes, met with a muted response from her tribe. From there, she felt like she needed to flip as soon as possible.

After several votes where she was made a target for being seemingly unappreciative about playing the game, she found such an opportunity to flip at the tribe swap, as she felt new tribemates Janet and Jack had heard her stories of an uncomfortably rushed marriage and appreciated Karishma for who she was.

That led to her jumping ship and voting out Tom at the season’s fifth Tribal Council, at which she had already received seven votes total. She had received a number of votes from Dean and would later try to take out Dean before the merge only for Kellee to pull off her brilliant idol play (even though that ultimately backfired).

Karishma thought she had found herself with the numbers at the merge, but she was on the outs once again after failing to vote out Dan. This found her receiving three more votes once again at the Jamal boot, as she was the backup in case he had an idol to play on himself.

Just when it looked like her days were numbered, a rare opportunity to establish some footing in the game emerged. She was entering a five-person split Tribal Council where she could have easily voted out Tommy, but Missy (who had kept her trudging along as a number) did a poor job of making Karishma comfortable, which led Tommy and Elaine to bring Karishma along to flip the script and vote out Missy.

That brutal blindside took a lot out of Karishma, as she was well ostracized from her tribe (although she did herself no favors) that she needed to find an idol. She ultimately did not a moment too soon, as the tribe had enough with her to the point where they didn’t safely split the vote. Seven of nine remaining castaways had their vote blocked, but her attempt to vote out Elizabeth was countered by Dan, with everyone eventually voting for Elizabeth.

Still, she had the momentum needed to pull off a major blindside, and she tapped into her ostracization with those not chosen to participate in the Loved Ones visit to make a four-person pact to vote out Tommy. It was Dean’s willingness to feed the eventual winner social capital and resume material (paired with Noura’s unpredictability) that saw him rat out Karishma’s plan, resulting in Karishma receiving her 22nd, record-breaking vote received.

Next: Vote Here: Should Karishma Patel return in a future Survivor season?

Karishma’s story is not the kind you often see in Survivor, especially since she was the first and only Indian-American castaway to have played the game. She was a mixed bad of perspectives; vote here in our straw poll to let us know if she should return for another shot at the bag.